The Psychology of Multi-Disciplinary Science 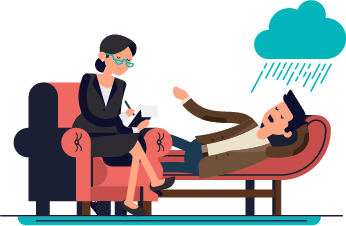 The way we do science is changing. As close as 10 to 15 years ago, most research was done by small collaborative teams from a handful of institutions, formed largely to address expertise or funding gaps for a pre-designed program. Large networks of scientists from numerous institutions around the globe were also beginning to forge, to contribute to the creation of massive pools of data and tools in the hopes of answering bigger, more complex questions in their fields of interest. In the last few years, it is becoming evident that these networks need to grow, vertically. They need to integrate multiple disciplines, view points and types of information and develop ways of interpreting these data alongside one-another in order to come up with novel, workable solutions to humanity’s current and impending challenges. As a result, we are seeing a surge of new well-funded, multidisciplinary institutes and initiatives that promise to push the frontiers of science and technology development through an integrative multi-dimensional lens.

Of course, multidisciplinary science is not new and in the recent years, even funders have been mandating this depth of collaboration among their researchers. But there is a certain degree of intentionality and activity around multidisciplinary programs that has everyone quite excited. So how can we ensure that this activity is going to bear results? In fact only one discipline lies at the core of any successful multidisciplinary initiative: psychology. That is, understanding and overcoming the psychological constructs of power and status that have thus far driven the world of science. Fruitful multidisciplinary initiatives have to be founded in humility and awareness. In a large multidisciplinary collaborative, researchers have to let go of the very reason why being an academic is an incredibly rewarding experience in the first place: the satisfaction of knowing what questions to ask, knowing where to look, knowing how to look, knowing the answer and then knowing what’s next. This self-reward cycle has to be dismantled to some degree, to make room for thinking, asking, acting and being recognized together.

Professionally, certain reward structures must also be revised to make room for this kind of science. The benefits that academics bring to their institutions, faculties or department as a result of their participation in big multidisciplinary initiatives are certainly there. They are just not fully understood, recognized, celebrated and compensated, because they don’t always tell the traditional story of leadership that we are used to. The requisites of that story can of course be re-defined. But again, institutions need to make that decision collectively as a sector. Successful multidisciplinary initiatives also aim to blunt the instruments of supremacy and exclusivity in favour of inclusion and equality. They go beyond peace-making among partnering researchers and institutions to place research participants, end-users and impacted people at the centre of their programs; not to determine how to do their work, but why they are doing it to begin with.

Multidisciplinary research also requires academics to recognize the limitations of their scientific structures for examining the world: from the data they choose to collect, to the instruments and methods with which they collect this information, to the paradigms of interpretation that they subscribe to within their disciplines. The more open and willing researchers are to acknowledging the boundaries of knowing within their own field of work, the more exciting, productive and successful multidisciplinary initiatives become.