A Culture of Innovation 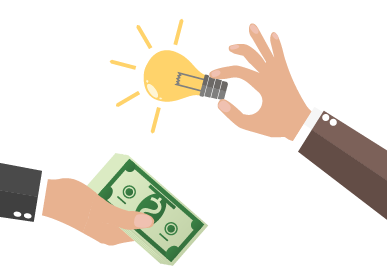 How many times have you heard that what Canada really needs is to foster a “Culture of Innovation”. It’s a refrain that’s been repeated over and over again over the past quarter century and probably more. And in words, and programs (although not always well thought out), governments and virtually every political platform has stressed that need. It seems that all will be better, our society will be better and our economy will prosper, if we can just arrive at that “cultural nirvana”. But what does it really mean and if it’s a destination, how do we actually get there?

Many have used the phrase “Culture of Innovation” and some scoff at the notion as too overused and almost a cliché. But I like the phrase. To me it has real meaning − especially if you can adhere to a meaningful definition. I especially like the definition put forward by Nicola Hepburn, Ph.D. candidate in 2013 in Political Science at the University of Toronto. I like it because I think it fits well with what Canada needs.

“A culture of innovation is an environment that supports creative thinking and advances efforts to extract economic and social value from knowledge, and, in doing so, generates new or improved products, services or processes”

If we stick to that definition for a moment, we can say that a culture of innovation is not just about

3. how Government supports the spectrum of innovation from university research through to tax and other incentives for research-intensive SMEs

4. the presence of financial instruments, including venture capital in support of start-ups, SMEs and established companies

5. the strength of an entrepreneurial class of managers prepared to generate new products

6. receptors (both public and private) who are prepared to innovate by buying into the points above

7. companies, universities or governments acquiring the most up-to-date innovative technologies

In fact, it’s about all of those. And it’s about them all working together and in concert to create common objectives in pursuit of that “culture”.

So how will we know if and when Canada has developed a true culture of innovation?

Well, to start with Canada is not without its successes—having developed a number of significant innovation-driven islands. A good example is the city of Waterloo, where an important fraction of the economy is based on a culture of innovation coming out of the University of Waterloo, its co-op program and its private-public sector initiative, Communitech, that helps high tech start-ups to grow to successful home-grown companies such as AIC, OpenText and Blackberry. In fact, we are starting to see established companies that are flocking to Waterloo, such as Google, Microsoft and Amazon, to take advantage of its “Culture”. And this snowballs as successful entrepreneurs such as Mike Lazarides, invest in institutes such as The Perimeter Institute which continues to feed this culture.

On a smaller scale, but equally as interesting, MaRS Discovery District in Toronto represents a sort of microcosm − a series of buildings in downtown Toronto dedicated to the high tech start up scene. MaRS is not only embracing, but utilizing a solid culture of innovation. Young entrepreneurs are setting up IT and Biotech companies surrounding innovative technologies and discoveries emanating largely from Toronto-based universities and colleges. And money and external interests (e.g. Johnson and Johnson, Autodesk, Facebook and a number of American venture capital firms) are making their home there, trolling for good investment opportunities. But for the most part, Canada’s economy is still very much dependent on natural resources and we remain a country, to use a well-worn cliché, of Hewers of Wood and Drawers of Water, and still very dependent on advanced manufacturing and especially the automotive industry here in Ontario. We will know that the drive to have a culture of innovation has succeeded when there are larger pockets of this country’s economy driven by INNOVATION:

When parents encourage their children to study SCIENCE so they’ll be able to get good jobs.

When our newspapers and job sites are filled with advertisements for science-based jobs.

When our government officials finally understand and embrace SCIENCE as the hallmark of a new Canada Economy.

Only then will we have developed a true CULTURE OF INNOVATION.